The Auxiliar Diaries: Getting Settled

Before my auxiliar exchange I read a zillion blogs about every aspect of the experience. Some were helpful, and some were really not! So here's my guide on how to be an auxiliar in Spain, based on my experiences.

Moving to a new country can be scary, and there's a lot of logistics to figure out in getting your new home set up. I found some things I did worked out really well for me, and others could have been better. Here's my tips for making the transition as smooth as possible.

1. Plan to arrive early
The biggest favour you can do yourself as an auxiliar is to give yourself plenty of time between arriving in Spain and school starting.  Between submitting your residency paperwork, finding somewhere to live, organising utilities, phone, and internet, outfitting your new apartment and preparing for classes, all in Spanish, you're going to want a little legroom.  I arrived in Spain two weeks before classes began, so by October 1 I had the basics of living sorted and could focus on my classes. Do yourself a good deed and don't rock up two days beforehand - allow some time. 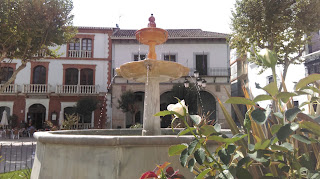 2. Find temporary accommodation close to your school
This is less crucial if you're in a major city, though it would still be advantageous to get to know the local neighbourhood and hopefully find a room or apartment in the area, but if you're in a rural area then get yourself out there ASAP. I booked into a hostel in Granada for a week at first, thinking there was nothing closer and I could commute to Baza as needed, but I could have saved myself a lot of money and travel time had I just gone straight to Baza, and the queues at all the services I needed were shorter in a small town anyway.

3. Go old-school house hunting
I did a lot of browsing of websites, looking for apartments to rent, and ultimately I'm not sure I ever viewed any of them. It's too easy to post an online ad and then forget about it for years afterward.  The best way to find places to rent, it turns out, is paper signs tacked around town. Yes, some are dodgy, but you get plenty of local options to choose from. I found my apartment on the door of the staffroom at my school, and it's a great place with awesome neighbours! 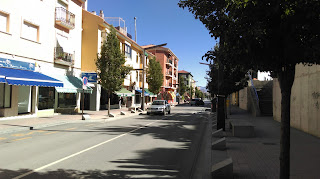 4. Use WhatsApp to communicate
I thought I'd be clever and buy a Spanish SIM card for calls and texts to arrange apartment viewings. Truthfully, I didn't need it, and it just delayed the process when I switched to my current provider. Just download WhatsApp, connect it to your home mobile number and run it off the WiFi in your hostel or hotel. Much simpler and easier. Then, once you're settled in, look into getting that Spanish SIM.

5. Get local advice before committing to anything
Prior to arriving, I had my future phone provider all sussed out, I'd looked into the Spanish banks, and done my research into the telcos for my Internet connection as well.  That went out the window when I arrived - my landlady recommended a local company to me, who were able to build a customised phone plan for me and bundle it in with my internet, giving me exactly what I wanted for half the price of the other companies.  So ask your landlord, your school co-ordinator, your neighbours, find out which banks have great staff at the local branch, which companies have the best deals, which shops have good stock or English-speaking staff. Locals know best.

6. Befriend your school co-ordinator quickly
The first day of school will be a lot less stressful the more prepared you are. Not only can the co-ordinator gives you the local low-down and maybe even hook you up with some apartments to rent, etc., but they're the one to talk to about maps of the school, class lists (my school had ones with photos which were really helpful, so ask for those) and introducing you to the other teachers before you rock up to the classroom.

So that's it, folks - things I think you should know about moving to Spain off the top of my head!  Auxiliars, any other gems of wisdom for the newbies?  Newbies, any other moving logistics freaking you out?
Posted by Caelli at 12:33