Christmas in Spain has been quite the experience, and I've had to wait until mid-January to write this post, because that's how long Christmas takes in Spain. Let me give you the run-down...

Firstly, Baza got all dressed up for Christmas.  All the streets had giant fairy light murals hanging over them, and Plaza Mayor was awash with lights.  It was fun taking walks just to see all the lights around town. 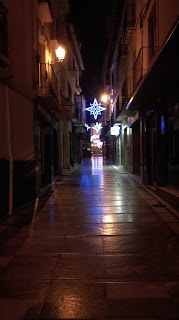 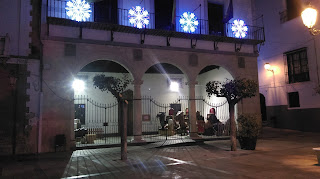 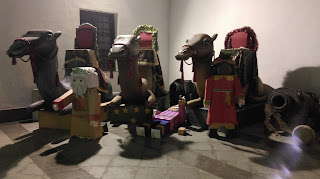 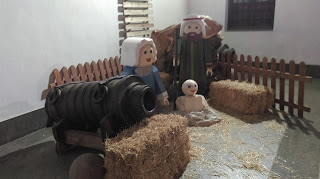 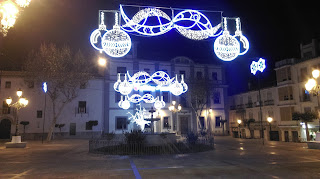 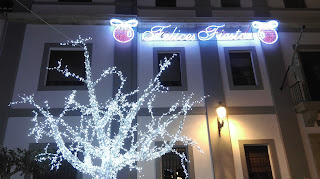 I spent Christmas Day at home in my apartment in Baza, with my family on Skype doing trivia quizzes and opening presents.  I spent most of Christmas Eve cooking, so for Christmas lunch I put on a pretty dress and had a lovely homemade gluten-free, lactose-free spinach and capsicum lasagne, followed by a lactose-free apple crumble.  This was followed by three days of near-comatose lounging.  So that I didn't spend the whole holiday season alone, I headed to Seville on New Year's to visit a colleague from school (but that's a separate post). 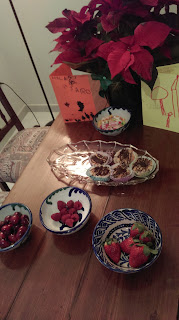 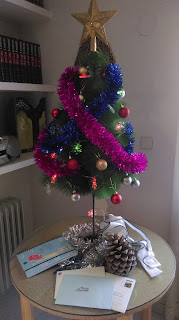 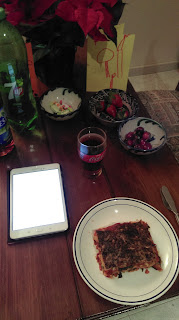 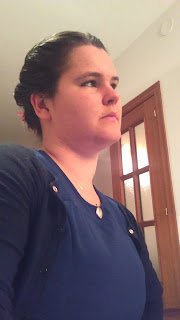 Thing is, December 25th is not the big deal here in Spain.  They're less fussed about the birth of baby Jesus, and more fussed about when the Three Wise Men rocked up to celebrate.  In Spain it's all about the 12th Day of Christmas, January 5th - better known as Los Reyes Magos.  It's marked by a parade called La Cabalgata de los Reyes Magos, when the Three Kings arrive to give presents to baby Jesus and any stray children who might be hanging around...by which I mean every child under 10 in town.

I was advised by one colleague to go to Granada to see their much bigger, better cabalgata, but I decided I'd rather stay home in Baza and see whatever the local celebration looked like.  I did not regret it.  Overlooking the steady rain which gradually drenched the parade (and all attendees), it was a much bigger, louder, more colourful and celebratory event than I'd expected.  Because of the circuitous route I actually got to see the whole parade twice - characters in costume, two bands, floats featuring popular movie characters, a dance troupe, and finally the three throned floats carrying the Three Kings into Baza, everyone throwing buckets of lollies to the crowd the whole time. 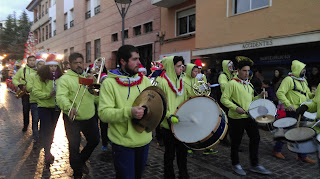 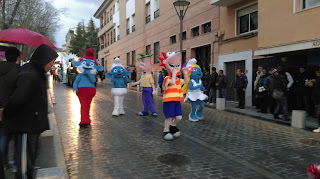 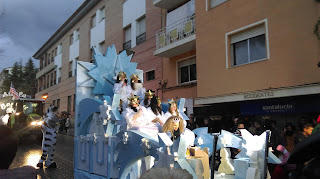 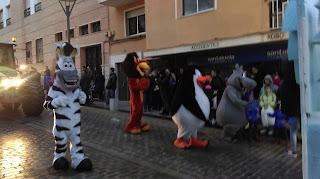 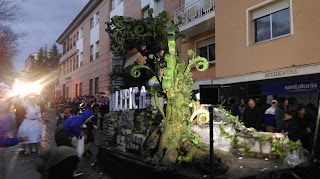 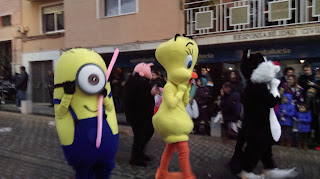 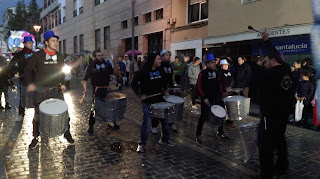 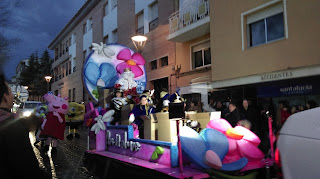 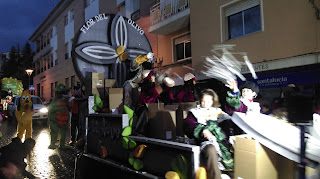 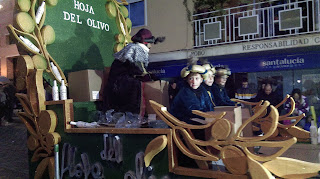 The parade eventually made its way to Plaza Mayor, where a stage had been set up with three canopied thrones, though by the time the parade arrived the thrones had been hidden from the rain. 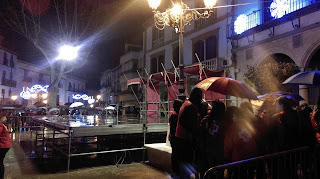 The kings instead appeared on the balcony of the archaeology museum, and after Balthazar, Caspar and Melchior had introduced themselves and blessed the town of Baza, the sky suddenly exploded with fireworks right overhead in Plaza Mayor.  The square was illuminated by flares coming off the balcony, and for a few minutes the whole of Baza was transfixed in a show of light.  Of course, about five minutes later the soaking rain was enough to send me running home, so I never did get to find out if the kings ventured out to meet the children or not.  Still, a fascinating and lovely tradition to add to the yearbooks!